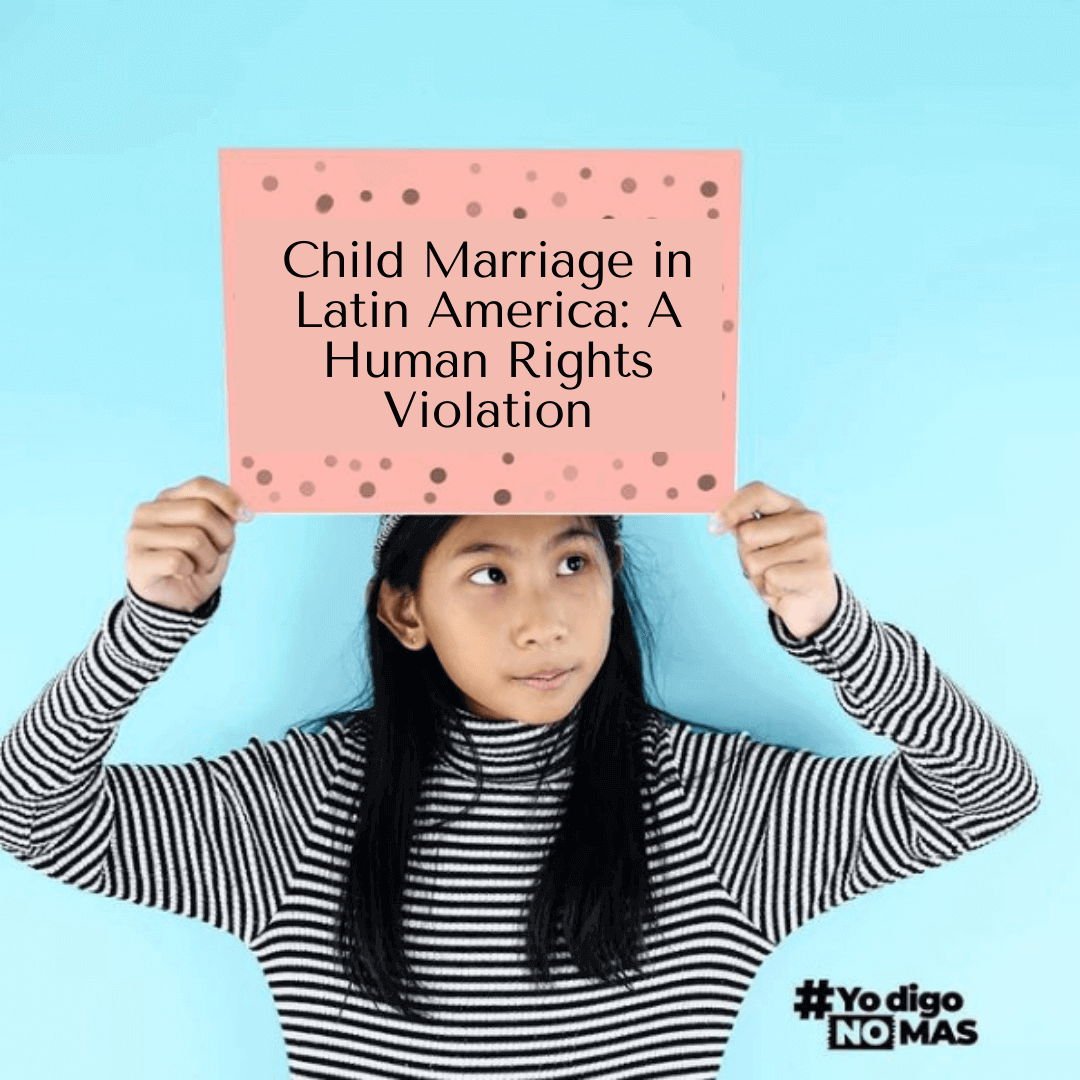 Nowadays we hear more and more about human rights violations, about marches and fights for justice and equity; but there is an elephant in the room that we avoid talking about, either because we do not know enough about the subject, because it is avoided due to the disbelief that it is still happening in the middle of 2021, or worse, because it is a tolerated and even accepted situation by the community: child marriage.

There are many reasons or causes behind child marriages; from the parents’ fear that their daughters will not get something better and prefer to marry them off believing that this will ensure their future, or as a strategy of the girls themselves seeking to escape violence or seeking to avoid being a burden to their parents, to the double standards that exist in most Latin American Countries, where people would rather have girls who have had sexual relationships married than desecrate the family honor that they believe they are protecting.

Whatever the reason for the parents or the girls themselves have for accepting this marriage or union, they fail to see that all they are doing is further damaging their daughters’ future, putting them at both emotional and physical risk, and feeding a vicious cycle in which, trying to escape violence or a poor quality of life, they find themselves in the same situation, sometimes even enhanced.

Many countries are developing comprehensive plans or law proposals aimed at improving the situation, to give it a solution, and although it is difficult to know that most of the solutions are planned to be exercised within almost a decade (plans for 2030), the proposals, laws and development plans are received with hope.

Within that yearning to improve the situation is the legal action of El Salvador and Guatemala in 2017, in which they eliminated all legal exceptions to the minimum age for marriage at the national level; the minimum age was set at 18 years old. On the other hand, Colombia is developing a National Plan with the long-term objective of eliminating child marriage and early unions.

The Plan is expected to be fully implemented by 2030. The Dominican Republic and Belize have joined the cause by carrying out national routes, campaigns, and cultural events to raise awareness of the issue, as well as others aimed at educating and empowering girls. In addition to these efforts, the #ISayNoMore movement seeks to raise its voice and unite those who want to contribute to counteract this and other practices that affect the lives of thousands of people around the world. If you are interested in joining the movement or learning more about how to contribute, please visit the following website: https://yodigonomas.com/ (UNICEF, 2017)

While all of these efforts are helpful in maintaining optimism and hope, and in the process of contributing as much as possible to the cause, they are not enough. What is needed is not only immediate action plans and laws, but dedicated efforts to diminish the root causes of the problem.

Comprehensive education programs are needed at all socio-economic levels (even more so since child marriages happen much more frequently in rural areas and at lower economic levels), and there is a need for unity among countries, as well as unity among government agencies and organizations dedicated to the pursuit of human quality.

The situation of child marriages and unions has many possible causes, nuances, implications, consequences, and possible solutions, and (while immediate action by governments and other agencies is imperative) as long as actions continue to be taken to counteract it, we are on the right track.

You can be part of the change, join this movement on behalf of yourself or hundreds of victims who have not been able to find their voice to speak out against this scourge.

Find the multiple options we have to get involved with the movement and make your voice heard.

How to build a healthy couple relationship?

Couple relationships represent an essential part of people's lives, from adolescence to old age.  Although some of ...

How to know if you suffer from Body Dysmorphia?

Do you know what Body Dysmorphia is? Sometimes, when we look at ourselves in a mirror, we ...

Yo digo NO MÁS

Just for this month